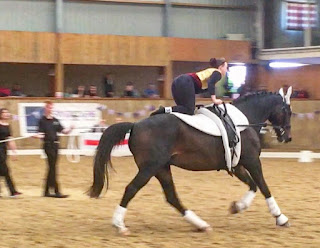 She was vaulting in the Para Canter/Walk class on Great Bear, owned by Perry RDA Group and lunged by Sam Davison. Following canter compulsories in the morning, she performed her walk freestyle in the afternoon to an arrangement of the song, 'One Jump Ahead', from Disney's Aladdin. 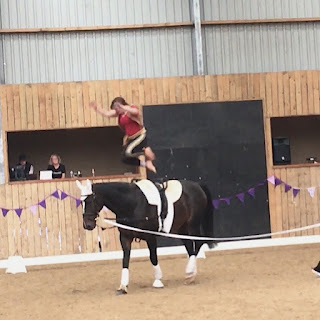 Lizzie was also present in her capacity as a coach of four young vaulters competing as two sets of pairs in the able-bodied Walk Pas de Deux class. The pairs finished in fifth and sixth position overall (which included Welsh competitors), but third and fourth position in the English standings.

Lizzie won her class, which is the highest Para level, to become English Para Vaulting Champion for the fourth consecutive year. She has now qualified for the British Vaulting Championships which will be held at Bishop Burton (near Beverley) in October. 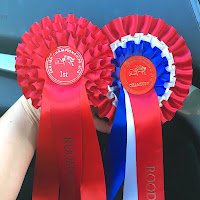 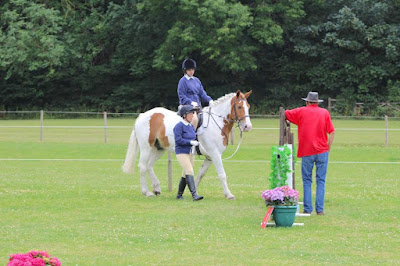